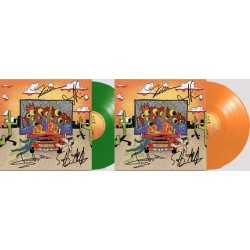 Limited to 300 copies each – preorder now!