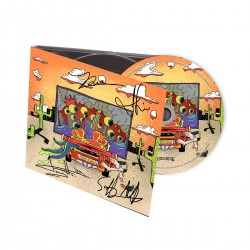 The self-titled debut album – signed by the band