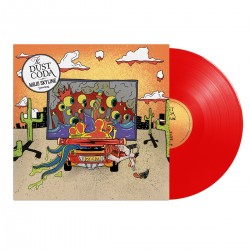 Due to the overwhelming demand for this album, a further colour vinyl has been pressed. The red vinyl is strictly limited to 300 copies and is available now.